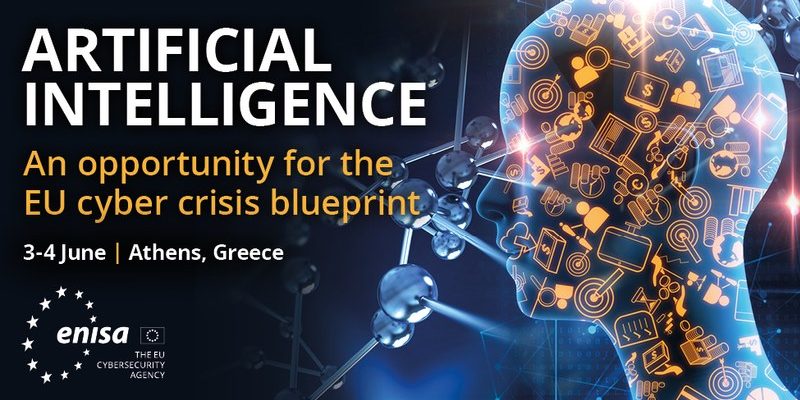 Athens Legal Tech was excited to attend the ENISA’s Conference : Artificial Intelligence – An opportunity for the EU cyber crisis management that took place in Athens in June 2019.

ENISA is The European Union Agency for Cybersecurity and has been working to make Europe cyber secure since 2004. The Agency is located in Athens, Greece and has a second office in Heraklion, Greece.

ENISA is actively contributing to European cybersecurity policy, supporting Member States and European Union stakeholders to support a response to large-scale cyber incidents that take place across borders in cases where two or more EU Member States have been affected. This work also contributes to the proper functioning of the Digital Single Market.

All the current developments have been presented by high-profile executives ( i.e. ENISA, European Commission, Europe, European Defence Agency, Microsoft ) while mostly concerns have been raised by the speakers and the audience.

Themes that captured out interest were the EU Cyber Security Blueprint in the context of EU crisis management and its gaps, how Artificial Intelligence can elevate the prediction and understanding of cyber threats, the Ethics Guidelines for trustworthy AI and several derivative concerns the participants raised during the panel – audience discussions, i.e. whether it is advisable to apply AI software to a compromised network, etc. Even though cybersecurity is an industry that attracts a considerable amount of investment ( both pubic and private stakeholders ), bad actors seem to outpace the development of cybersecurity solutions.

Cybersecurity is one of the main areas ALT will focus heavily and we can’t wait to further explore and debate the critical issues of the industry!