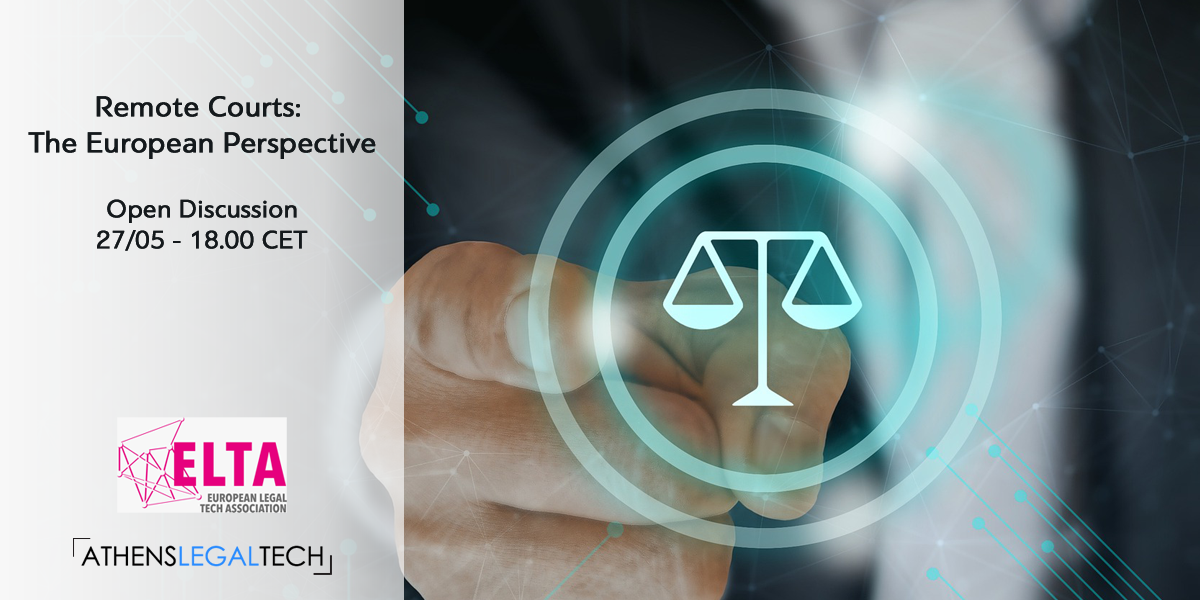 COVID-19 reminded us that digitalization of the core functions of our societies is so much more than a policy trend; it is an essential strategy for every state to adopt in order to safeguard its citizens’ access to them.

The ecosystem of Justice makes no exception, and building a resilient and robust digital infrastructure serves as the best bulletproof strategy to guarantee access to Justice in the current crisis the world is facing. But with opportunity comes responsibility, as extreme times can potentially cause the weakening of the rule of law.

Athens Legal Tech, in collaboration with European Legal Tech Association, will host an open discussion on Remote Courts and the legal and technical implications of developing and using such systems in practice.

A panel of distinguished academics, professionals, lawyers and judges will present a comprehensive overview of the developments in their respective countries and discuss further the European experience on the subject.

Holger Zscheyge, President of ELTA, Managing Director of Infotropic Media. “The path to online proceedings: How Russia managed to switch their commercial courts to virtual hearings within weeks”

Markus Hartung,  lawyer and mediator, founder of the Bucerius Center on the Legal Profession (CLP) at Bucerius Law School, Hamburg,  and Co-Founder of ELTA. “The German Courts on the way to Digitalisation”

The discussion will be moderated by Konstantinos P. Anagnostopoulos, lawyer, founder and director of ALT, Ambassador for Greece at ELTA.

We would like to inform you that the event will be recorded.

ELTA is an independent community of European legal tech experts and enthusiasts that aims to become a widely-known and well-established expert organization and think tank for legal technology and legal innovation throughout Europe and beyond.

ELTA’s main objective is to strengthen legal technology (Legal Tech) at a European level. ELTA’s goal is to represent the interests of its members. The Association is actively involved in social and political debate in order to speak up for the concerns and interests of its members and to strengthen the position of legal technology in the European legal market. In so doing, ELTA addresses topics that are relevant for the use and continuous development of legal technology, develop specific proposals, and advocates these vis-á-vis the political sphere, business, media and society.